With the New Year comes the unrivalled thrill of starting over. If you happen to be a student in London, you’re in for a treat; because 2020 is looking fantastically packed with cultural events, entertainment opportunities and has exponential potential for uncovering those magical places you never knew you wanted to visit! We put together a few suggestions to ensure you’re on the right track to make the most of 2020…

1. Head to a Fashion Exhibition

A massive new exhibition took devoted fashion fans by surprise when it was announced in November of 2019. “Prada. Front and Back” is set to launch at the Design Museum in September of 2020, and the ticket sale is expected to be a brief affair. The exhibition will offer insight into Miuccia Prada’s exquisite story, from the time at which she joined the family business in the mid-70s through to today’s contribution on redefining how people dress, how luxury is perceived and what new technologies the fashion world should be looking at.

Shakespeare’s Globe, perfectly situated by the edge of the river, is a reconstruction for the original theatre that Shakespeare supplied with his plays. Ever so similar to the Elizabethan playhouse called Globe Theatre, this Southwark sight is ideal to experience a Shakespearean play in all its glory; especially given that performances in the venue have been created in the spirit of experimentation with the original playing conditions of the 16th century globe.

The fact that Chinese New Year’s celebrations in London have been called the biggest outside of Asia is a hint to what goes on in the city during the specific weekend. A parade with spectacular floats and vibrant colours takes over the city, treating guests to mesmerising views that lead up to Trafalgar Square. From there, the magic of China Town is just a breath away. It’s one of those experiences that you should definitely be a part of; save the date: Chinese New Year falls on January (the 25th but celebrations always span the Sunday after too! For more updates, news and info, stay tuned here.

One of the most enjoyable city breaks you can have; without ever leaving the city! Greenwich feels like a big chunk of British countryside has been conveniently thrown in the outskirts of London, and for good reason. The picturesque houses and narrow cobbled streets are framed by cultural institutions aplenty; from Cutty Sark’s jaw dropping ship installation to Queen’s House, there’s no shortage of things to see. The highlight of them all is undoubtedly the Royal Observatory, which affords phenomenal views of Greenwich Park up to London’s skyline! What we would probably consider the coolest thing of them all, is that you can have one foot in the east and one in the west; the historic Prime Meridian is awaiting you at the Royal Observatory!

A post shared by Royal Museums Greenwich (@royalmuseumsgreenwich) on May 6, 2019 at 1:36pm PDT

The Championships, also known as Wimbledon, is the reason why enthusiastic fans flock to London each July! Considered one of the most prestigious tournaments in the world, it is also the oldest one, running since 1877. Wimbledon is one of the four Grand Slam tennis tournaments, and always played on outdoor grass courts, with players dressed strictly in all white and a royal patronage. No matter whether you’re a devoted tennis fan, or looking to experience something unique in 2020, Wimbledon is one of the thing worth adding to your to-do list!

Fancy a visit to Richmond upon Thames? Hampton Court Palace is the ideal opportunity to dig deeper into royal history, while taking a break from London’s fast paced day to day. Get lost in the palace’s phenomenal maze, or coordinate your visit with the renowned Hampton Court Palace Flower Show! If you’re looking for a festive experience with a royal twist, you can also head there until the 5th of January, and you’ll have the opportunity to dance around the palace’s ice rink!

A post shared by Historic Royal Palaces (@historicroyalpalaces) on May 5, 2019 at 5:12am PDT 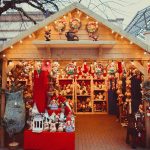 Top 5 Christmas Markets in the UKLiving in London 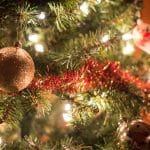 The Most British Christmas TraditionsLiving in London