Is there anything better for those cold winter nights than sitting in front of a perfectly lit up fireplace with a warm cup of tea, a blanket wrapped around you and a book in hand? Perhaps the setting we are describing is a tiny bit more toward fiction than real-life, as fireplaces are not that commonplace and everyday life does not have as many relaxing moments as one would hope.

However, the part about reading is quite true, and rightly associated with wintertime! In order to deter you from buying a book that you end up quitting after the first chapter, we’ve put together a list of thrilling literary suggestions:

The pseudonymous author is the creator of the Neapolitan Novels, a captivating tetralogy which follows the lives of Elena-Lenu and Lila, from the former’s viewpoint.

“My Brilliant Friend” is the first publication of the series, and by far the most enticing. Ferrante’s accurate replication of the observations of young children and their innocent view of the world results in a story filled with flashbacks to one’s own childhood years, as different as they may be from the storyline of the book.

The story unravels in Naples and takes us through the friendship of the two girls, from a very young age with the rest of the books following their coming-of-age story in later years. An exquisite writing technique coupled with the most intriguing analysis of the girls and their transformation through the years, “My Brilliant Friend” is definitely worth the read!

For the fans that have already scoured through the books, it’s worth mentioning that the miniseries has been released on HBO since mid-November…

Yalom’s work is extraordinary to the end that his long psychiatric career has infused his fictional writing with an unparalleled insight as to the characters that star in his novels.

“When Nietzsche Wept” is the product of fiction, albeit extremely well-researched fiction, allowing for real events and people to interweave with fictional elements and walk the reader through the history of both philosophy and psychoanalysis through an interplay among some of the most influential figures of the 19th century.

Time has dubbed “Mrs. Dalloway” as one of the 100 best English-language novels written since 1923, and rightly so. Woolf focuses on a day in the life of Clarissa Dalloway as she prepares for her evening party.

The magnificent way that she leaps from one character’s conscience to the other’s, unravelling the emotional bonds between them in due course is thrilling. At the same time, the insight offered as to the inter-war social structure leads to fundamental existential questions, even for the contemporary reader…

However, the most alluring aspect of the book is undoubtedly the logical leaps that appear throughout, tying all elements of the story together in a magical – and exhilarating way.

Another coming-of-age story, this time from an entirely male perspective. Bukowski focuses on Henry Chinaski’s (the writer’s very own alter-ego) Los Angeles upbringing.

Through humanely raw descriptions of circumstances and hinting (rather than analysing) emotions, Bukowski tackles the concept of the American Dream, the empowerment through literature and questions of finance, as the Great Depression follows him through his childhood, decidedly affecting his family’s relationships.

All that in the most enjoyable way possible!

One of Dostoevski’s less acclaimed works, The Gambler resonates because of the sincerity with which it was written. The author speaks from experience as he talks about Alexei Ivanovich’s gambling addiction and its consequent roots in all aspects of life, affecting his relationships and future. The novel is quite short compared to other works by the same author, and yet immensely enjoyable and eye opening! 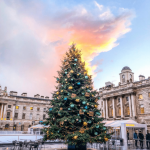 Most Instagrammable Christmas Locations in LondonTips 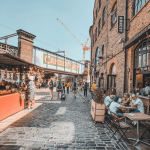