The Festivals to Watch Out for this Summer

Festival season is slowly but surely approaching, and our excitement is rising as headlining acts are popping up everywhere! Although the entire UK is filled with festivals that mushroom year after year in the most picturesque and stunning locations, for the purpose of keeping it short but sweet, our emphasis will be on the London happenings that have earned their place on your must-do list…

The title in itself is promising, and with over 40 years of disco tunes to dance to, it’s definitely not going to be a boring one! Dress the part and be prepared to see tons of glitter balls, in Brixton’s 4 festival venues. The Ritzy, the Black Cultural Archives, the Prince of Wales and Electric Brixton will be expecting you, with Horde Meat Disco, Evelyn “Champagne” King and many more line-ups to keep you entertained all night long!

Peckham Rye Park has built up quite the lifestyle scene over the past years, and in 2018 it introduced Gala into the mix. This new entry will take place over the May Bank Holiday (the second one for this year) and will make you move with lots of house, disco and electronica! Although the line-up hasn’t been announced yet, we’re expecting it with lots of excitement!

The first time that Boston Manor Park (Zone 4) is used for a festival, and it’s an open call to techno lovers. This rave- style fest will spread over two days (…and nights), featuring very cool line-ups for both. Acts include Ben UFO, Bicep, Daphni, Adam Beyer, Apollonia and more! You have until June 7th to check it out…

Running a fair amount of days, All Points East is on starting May 24th until June 2nd, giving us plenty of opportunities to experience the atmosphere! TimeOut London dubs it an “eclectic ten-day festival”, and we’re not ones to argue with the statement! Watch as Victoria Park fills up with stages, street food and more… Headliners for 2019 are pretty awesome, with the likes of Christine and the Queens, The Chemical brothers, Bon Iver and Bring me the Horizon, Mumford & Sons and the list goes on! Between the lives there will be a few days that are free for entry with tons of entertainment options, comedy, screenings and street food!

It may be only two days, but its two incredible days. Having moved from its home in the East to Gunnersbury Park, it has managed to offer a short but sweet festival experience, topping the list as one of the greatest happenings in London. Line-ups include Brockhampton, Solange, Loyle Carner and plenty more…

This one doesn’t require much of an introduction. When you have Cardi B, Migos, Travis Scott, Future and A$AP Rocky joining your roster, you’ve pretty much made it as the UK’s biggest urban festival. July 5th to the 7th is when you’ll have to save the dates, and it takes place (or takes over) Finsbury Park, for a thrilling experience!

If not for the incredible music, if not for the unparalleled atmosphere, if not for its 7-year legacy, then do it for the venue! British Summer Time takes place at Hyde Park, welcoming the world’s greatest names, in one of the UK’s most stunning locations. Celine Dion, Stevie Wonder, Lionel Richie, Barbara Streisand, Florence and the Machine, The National, Robbie Williams and Black Eyed Peas are all on the list for this year, and we can’t wait for those beautiful 7 days in July when the sun will be shining, the grass will be green and Florence and the Machine will be on stage… 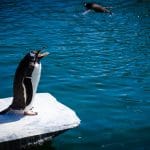