Top Things to Do in London This February

Top Things to Do in London This February
by Nina Christopoulou

Exciting times are ahead of us this February, as London’s festivities, exhibitions and events hold the promise of effervescence and glee! February is going to be a fun-filled month, with so many things going on around the city, the highlights out of which are listed below:

The extravagant celebration that is the Chinese New Year will return once more, this time to welcome the Year of the Pig. While the actual New Year is February 5th, the Chinese New Year Parade, the massiveness of which is the talk of the town, will take place on the Sunday after (Feb. 10th).

Chinatown, West End and Trafalgar Square become the playground of vibrant floats and imaginative displays, as the largest Chinese New Year’s celebration outside of Asia unravels and mesmerises those that dare to take part!

The Stay Club events team is overly excited to welcome the Chinese New Year too; we will be hosting a wonderful celebration filled with decorations, music, food and tons of fortune cookies on the 5th of February, at our Colindale and Camden residences! So save the date, and get ready for the Year of the Pig!

Whether you’re a fan of this loved-up fest, or an anti-Valentine-ist in all of its glory, you can bet on London’s versatile events to accommodate you.

For those couples that are in the mood of celebrating love, there is an abundance of chocolate shops to search for exquisite V-Day treats, most notable among which is the Charbonnel et Walker vintage shop at the Royal Arcade. The Columbia Road flower market is THE place to look for mesmerising bouquets that reflect your feelings, whereas the romantic dinner nooks are everywhere to be found.

RANDE’s Revolt Against Tinder is probably the coolest Anti-Valentine’s event out there for the singles that want a fun night out, or the couples that go against the norm! Keep an eye out for our Valentine’s Day post to find out more about our suggestions for February the 14th, including our awesome Valentine’s Party (complete with a love letter box…)!

Kew Gardens is one of our London favourites, as it doesn’t rest despite the amazing offering that it boasts throughout the year!

The Christmas at Kew event is one of their most popular, but on February 9th the Orchid Festival will make its appearance for yet another year, and we couldn’t be more excited to check it out!

The festival will be dedicated to Columbia’s biodiversity, with a carnival of animals, the replication of the rainbow river Caño Cristales and Columbia’s spectacular forests!

This one goes out to all car enthusiasts out there! The massive Excel Centre will host the London Classic Car Show for 3 days, from the 14th of February until the 17th, offering car aficionados the opportunity to immerse themselves in the world of car collectors, manufacturers, dealers and clubs while browsing an exclusive selection of merchandise that will excite the crowds!

Strand will once again transform into a runway filled with intricate styles and edgy-slash-elegant fashionistas gathering up to attend the London Fashion Week Festival. The 16th and the 17th of February mark London’s celebration of fashion, through catwalks, industry talks and immersive experiences that should not be missed!

The Victoria and Albert museum curates excellent exhibitions, and this one is set to be one of the highlights for 2019! Its popularity is made evident by the amount of tickets already sold, despite their steep price, while commentators often reference the exhibition alongside the museum’s 2015 Alexander McQueen expo which was the talk of the town at the time. Learn more about the creatives that have contributed to the Dior house after the designer, while exploring the most iconic of the designs that have been created over the decades, starting February 2nd.

The Old Truman Brewery in Brick Lane is organising the most relaxing celebration, with an aim to bring together London’s beer lovers and 175 of the world’s best breweries! The thrilling event consists of perfectly upbeat DJ sets, an endless array of street food stalls and, well, what else? More beers than you could ever have imagined all gathered up in a three-day beer festival in one of London’s most quirky neighbourhoods! Save the date: February 21st until the 23rd! 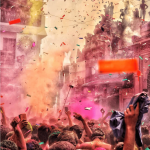 Top 7 Things to Do This MarchTop Things To Do 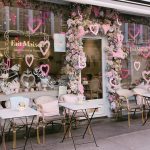