The Most Instagrammable Flower Walls in London

Admittedly, London is one of the few cities that look ridiculously beautiful even with unstoppable rain and grey skies. However, when May comes around, and the wisterias blossom, the scenery changes entirely. Pink and purple hues seem to be the reigning forces behind London’s beauty, and we’re here to document the best of them for your enjoyment.

This one looks quite regal, and in many ways, it has gained such a status, being the first wisteria in London. The purple plant that is climbing up the walls of Griffin Brewery goes way back to 1816, when it was brought from China and planted at the spot. Initially there were two roots to be planted, one headed for the Head Brewer’s cottage and the other for Kew Gardens. Unfortunately, its stay at Kew was short-lived, but the folks there came back to Chiswick and cut a part of it… How about that for a fun fact?

There is something to be said about the picturesque mews that are spread over the Royal borough of Kensington and Chelsea. If you haven’t been familiarised with the concept of mews yet, it’s time you did so; mews are what you’ll find behind large city houses and they resemble a courtyard of stables that have now been reinterpreted into beautiful homes. Holland Park Mews is a wildly popular location, potentially the most famous of mews around the city, and especially attractive during the Wisteria Hysteria season!

Kynance Mews belongs to the same borough as Holland Park Mews, so it’s a safe assumption that it would be equally – if not more – impressive. Given the fact that this location made it to the Evening Standard’s list of the most Instagrammable places to photograph wisteria in London, it becomes evident that it’s a must-see location… So get your photography gear ready, pull out the most spring – infused outfit from your closet and head to Kynance mews to spruce up your feed!

Granted, this may not be a single flower wall, and wisteria is not involved in its offering. Yet it makes for one of the most impressive purple-hued destinations around the city… Or close to the city given that it’s a bit of a journey. The Mayfield Lavender Farm is only open during the summer months, and it’s quite the spectacle! So, whenever you’re in the mood for a one-day trip, this lavender heaven should be at the top of your list! 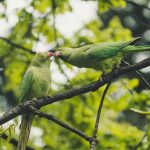 Top Things to Do in London This JuneLiving in London 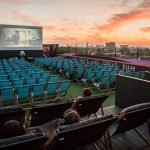 Top 5 Lifestyle Openings to Lookout for This SummerLiving in London