Absolutely extravagant, diverse and exhilarating. We could come up with about 100 more adjectives describing the thrill of a city as picture perfect in its quirkiness as London, but you know what they say? A picture speaks louder than words. That’s why we have gathered the best lot of photos from just some of London’s prettiest destinations. In case you were wandering, no, this isn’t a taunt that we can’t visit them at the moment, it’s a push to daydream of being there soon, when we have braved the storm… So Stay Home & Keep Exploring London!

Taking up a nice little (or, not so little) batch of Notting Hill, Lancaster Road is the perfect stretch of and that sits a little further to the famed Portobello Market. When the market if filled to the rim with amused visitors, Lancaster Road sits quietly with its abundance of colourful houses that have made the area instafamous. There is an argument to be made about the unique and incredibly vivid colours of the Victorian houses, and the fairy tale reminiscent setting they provide!

Camden Market, our absolute treasure, has earned a spot on every single list of beautiful places in London we are ever going to draft! It’s not only our list though, now that it has gained an even more cemented global reputation than it previously held, heralded as one of the 7 Urban Wonders of the World. The maze-like market sits between Camden Town and Primrose Hill, and offers an abundance of eating, drinking and shopping options. Out of the multiple spots in the area, we’ve picked out one that has caught our attention: West Yard. It’s not the abundance of street food stalls (well, they do play a part thought), but mainly the waterfront setting, with a square opening that links to the canal where the staple, red waterbuses are almost always parked. The weeping willow tree that sits on the canal completes the serenity of the destination. One that’s just a couple of minutes from our very own Camden location.

Speaking of waterbuses and canals, Little Venice is another delightful destination. It’s one of those places that looks as if it has just jumped out of a painting, with a nice Canalside walk filled with all sorts of waterbuses in a variety of colours. Tucked away in residential Maida Vale, the surrounding area is also a fine walk with its rows of identical red brick apartment buildings.

Yes, we know, Tower Bridge is stunning and an acclaimed London sight. Yet it’s a whole other experience when viewed as the backdrop of the Girl and Dolphin Statue… David Wynne’s sculpture has merged beautifully with its immediate locality, while its dreamy depiction of a girl twirled around by a dolphin conveys the innocence of a child’s dream. An incredibly refreshing creation, that blends with the Thames because of the liquid element, is one of our most treasured London corners.

A sight for sore eyes any day of week, Churchill Arms is London’s most famous pub. Not for its serving though, which is a paradox for the amount of love Londoners have for traditional boozers. Situated in the Notting Hill area, it has managed to stand out from the crowd because of it abundant decorations both in the interior and the exterior! The outside of the pub is barely visible from the myriads of flowers that adorn its walls. The interior, equally quirky as the establishment’s façade, is filled to the rim with decorations, memorabilia and so on and so forth… Once you manage to move past those, you’ll come upon a flowery (albeit not as flowery as the façade) restaurant. Fun fact? The pub was built in 1750 and renamed followed WWII as Winston Churchill’s grandparents frequented the establishment. So, when universities start anew and you’re looking for a place to bond with your seminar’s participants, you know where to take them!

Drawing a parallel between Primrose Hill and a little slice of heaven doesn’t seem too much of a stretch. Imagine Regent Park’s goodness, Notting Hill’s lush residential streets, Kensington’s galore of antique cars and Angel’s adorable combination of quirky shops all merged into one. Yes, that’s how unique Primrose Hill is, with its quietness and beauty overtaking your weekend walk. The fact that you can revel in London’s beauty by watching the skyline from the hill at the park is all the more reason to love this sublime London corner! 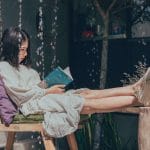 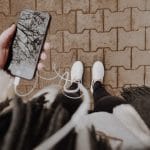