We’ve established by now that London knows how to dress up for Christmas, yet we haven’t yet delved deeper into the essence of British Christmas traditions. From the playful crackers placed on Christmas dinner tables to the sensational Royal Christmas Broadcast, we have picked out five astoundingly British traditions that any student living in London should know and, in the case of mince pies, definitely taste!

Looking for a touch of luck this Christmas? That’s what Christmas crackers were made for! Invented in the 19th century by Tom Smith, they were originally just a twisted paper containing bonbons. Until they gained fame, that is, and begun evolving into a thing of their own. The brightly coloured paper conceals a piece of cardboard with a little prize hidden inside, a joke that normally provokes just a bit of an awkward laugh, and a paper crown! Unless you splurge in a luxury set of crackers (yes, that’s actually a commonplace expense in the UK), the prize is going to be a small plastic toy or something as such; the true appeal of Christmas crackers is that little bit of a bang they make when you and your neighbour at the Christmas dinner table pull the ends!

London is a renowned January destination, for the most part due to the phenomenal sale extravaganza. The kickstart of this period of bliss for shoppers round the UK is the day after Christmas, or, as the Brits call it, Boxing Day! Although there’s no concrete description on the origins of the name, Boxing Day is a tradition well upheld by the British crowds, with a reputation for becoming a tad bit of a frenzy. Not far from the Black Friday bargain-hunting phenomenon, Boxing Day is the kind of Bank Holiday that Brits definitely look forward to!

One of the most delicious treats you can get your hands on, Mince Pies have been a British tradition during the festive season since the 13th century. The mouth-watering mixture of dried fruits and spices that fills the soft pastry is as if you’re tasting a bite of Christmas, and you’re bound to find them gracing the store fronts of delicatessens, supermarkets and bakeries alike!

There are few things that scream Britain more than the country’s royals! That being said, it stands to reason that one of the quintessentially British things to do is listen to the Royal Christmas Broadcast. Its origins trace back to the founder of BBC, Sir John Reith, who was the visionary behind the first broadcast on Christmas Day, 1932 by King George V. The first ever Royal Christmas Broadcast was transmitted to Australia, Canada, Kenya and South Africa, and was followed by greetings from across the Empire. The impactful first Royal Broadcast was soon to become a tradition in its own right, one upheld to this day (albeit the technological evolution enables a pre-recorded version to be broadcast on Christmas Day)!

A sacred symbol of ancient Britain, mistletoe has since then become one with a romantic connotation. Yet this wasn’t the case back in the day, when mistletoe was considered sacred enough only to be cut with a golden sickle. At the same time, it was a symbol of peace and even the foes that met underneath it where forbidden from sparking a fight. To this day there are places that honour the mistletoe, the Worcester festival being one of them. The Tenbury Mistletoe Festival held every year in December is one of these celebrations. 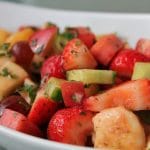 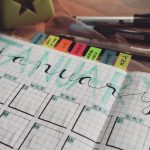 Top Things to Do in London This JanuaryTips