Top 7 Dessert Shops You Must Try!

London is a city of abundance when it comes to the food scene, and that’s a fact proven time and time again by the incredible eating experiences that mushroom all over the place. This week, we’re making it our mission to uncover the most lip-smacking dessert experiences, for those of you out there with a sweet tooth, and a flair for extravagance!

This artiste pâtissier, as they like to be called, feels more like a boutique of sorts, than your average dessert shop. Their Michelin star chef creates eclairs that look quite similar to works of art, with the most imaginative toppings possible. If you don’t believe us, just have a look at their gold powder coated “Hazelnut and Milk Chocolate Treasure Éclair”! The masters of choux pastry have branches at all key locations (meaning Soho, South Kensington and King’s Road), and their stores are well worth a visit!

Captivating tourists and locals alike, this China Town dessert location has become quite the trend, creating picture perfect sweet treats with a twist. Borrowing the recipe for their egg waffles from Hong Kong tradition, and wrapping them around scrumptious fillings like Nutella, a wide array of sorbets and strawberries. Famed for their attention to detail (which also implies quite the queue), as well as their high quality of gelato, these guys could not be missing from any dessert list!

Cronuts were quite the talk of the town way back when they first surfaced, with the croissant-donut hybrids creating a reputation for themselves as a creative reinterpretation of beloved classics. Therefore, it stands to reason that the NY based bakery that introduced them to the world would receive global acknowledgement, and it makes even more sense that they’ve taken London’s food scene by storm! As if their invention of the cronut wasn’t enough, they’ve also installed a ridiculously beautiful, seasonally changing flower display that wows the crowds.

A post shared by Dominique Ansel Bakery London (@dominiqueansellondon) on Jun 16, 2019 at 12:32am PDT

Ice cream and milkshakes are what they do, and it’s certain they know how to do them well! Their Soft Serve Sundaes list is utterly impressive, with a “Pretty in Pink” inspired Cloud 9 sundae topped with berry candyfloss and charcoal coloured ice cream being the highlights. But don’t limit yourself to our suggestions. It’s just one of those places that doesn’t disappoint, so take your pick from their menu without fear of missing out…

Pioneers of liquid nitrogen ice cream, and responsible for its arrival in Europe, Chin Chin Labs has numerous accolades to show for its work. Dubbed as “The Best Ice Cream Parlour in England” by The Times, it’s one of those must-taste destinations. Thankfully, you can find it at all foodie destinations – Camden Market, Soho and Dinerama Shoreditch!

Doughnuts have never been better! Ok, that may be a slight exaggeration, but Crosstown Doughnuts does in fact offer one of the best doughnut experiences in London. But that’s not the only reason we love it: it also makes pretty mean coffee, which entails you have an accompaniment to your dessert that elevates the entire experience!

Retro aesthetics, a catchy name, and the most unique offering of them all! How could anyone resist this dessert heaven? And in the case the name didn’t clue you in to what they offer cereal is what they know how to do best! But don’t think golden loops hastily smudged with whatever’s left in your milk carton! Think the greatest selection of cereal you’ve seen, chocolate drinks pumped up with all sorts of sweet bits and bobs, and so much more to sate your cravings! 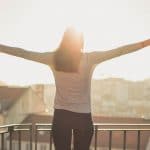 7 Tips for Students Arriving in LondonTips 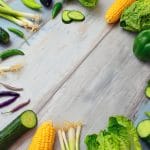 The Top 5 Vegan Spots in CamdenTips