Things To Do In London On A Budget

Things To Do In London On A Budget

London has gained a reputation for being rather pricey. AlthAough the cost of living is rising, don’t feel disheartened. There are many amazing things to see and do in the capital without having to break the bank. Many of London’s most famous museums and art galleries are free but there are also some quirky, less well-traveled sites that are kind on the pennies too. Check out our top picks here:

From Ancient Egyptian sarcophagi to dinosaur bones, there are hundreds of things to do in London on a budget. Although most of these museums are free to enter, donations are of course very welcome.

A mere stone’s throw away from South Kensington station, the Natural History Museum is a London landmark. Dive into the history of planet Earth in the museum’s many galleries, which house over 80 million specimens spanning 4.5 billion years, for FREE. Upon entry visitors are greeted by the famous Dippy – a complete skeleton of one of the largest dinosaurs to ever roam the earth. But that is not all, the Natural History Museum also hosts many exhibitions throughout the year, including its annual Wildlife Photographer of the Year exhibition, so there is something for everyone.

Had a lovely morning in the Natural History Museum? Check out its neighbouring Science Museum for free too. It is the most visited science and technology museum in Europe. There are over 15,000 objects on display, including world-famous objects such as the Soyuz TMA-19M descent module – the spacecraft that took astronaut Tim Peake back to Earth from the International Space Station – and a real piece of the Moon. Hop on the District, Circle or Piccadilly line to get to the Science Museum from any of our Stay Club locations in less than 45 minutes.

Yet another museum you can visit for FREE! The Museum of London is perfect for those who are new to the City and wanting to learn more about London’s ancient and stormy past. Step inside the Museum of London for an unforgettable journey through the capital’s turbulent past. Discover prehistoric London, see how the city changed under Romans and Saxons, wonder at medieval London and examine the tumultuous years when London was ravaged by civil wars, plague and fire.

Access the museum via Barbican station, which is only a 5 minute walk, on the Circle, Hammersmith & City and Metropolitan lines. Or on the Central Line via St Paul’s, which is also only 5 minutes away. Equally you can catch the Northern Line from Camden Town to Moorgate – making our Stay Club Camden location only half an hour away.

Best for Art Lovers in London on a Budget

Art is everywhere in London. Whether you’re in one of the capital’s many galleries or just admiring local street art, London’s got you covered. Plus, most galleries and tours are budget friendly.

London’s East End has become a mecca for artists all over the world. If you have a fascination with street art and want to learn more about the scene, go on a London Street Art Tour. Given that the most famous urban art in London is scattered, spotting the best work can be like finding a needle in a haystack. That’s why tours are great, so you don’t have to worry about walking past a famous piece of street art without realising it. Many street art tours are free or cost as little as £5. However, for free tours it is customary to leave a tip. Shoreditch in particular has become a street art hotspot. Hop on the Northern Line at Kentish Town or Camden Town to Old Street from our Camden and Kentish Town Stay Club locations and you’ll be in Shoreditch in as little as 25 minutes.

Art by name, art by nature. If you’re wanting to see some great works, look no further than the Royal Academy of Arts (or RA for short). Although the RA often charge for their exhibitions (around £15 or less with concessions), the Academy introduced free displays for the first time in 2018, taking in works from its varied archives. Spot paintings by Michelangelo, Constable and Gainsborough, study Greek and Roman statues, and gaze at exquisite sculptures. The RA is very well connected. Its nearest stations are Piccadilly Circus, Green Park, Oxford Circus and Bond Street – so you can easily get to it from all of our Stay Club locations.

Situated on the banks of the Thames, Tate Modern is the place to be for contemporary art enthusiasts. Britain’s national museum of international modern art is housed in the former Bankside Power Station. The awe-inspiring Turbine Hall runs the length of the entire building and you can see amazing work for FREE by artists such as Cézanne, Bonnard, Matisse, Picasso, Rothko, Dalí, Pollock, Warhol and Bourgeois. The Jubilee Line is only 600m away via Southwark Station. Or, you can get there on the District and Circle Lines via Blackfriars or the Central Line via St Paul’s.

Best for Nature Lovers in London on a Budget

London may be a big cosmopolitan hub, but it still has many parks and green spaces for when you need a break from the hustle and bustle of city life.

Free-roaming red and fallow deer have been nibbling this rare grassland habitat into existence since at least 1637, when Charles I enclosed it. Richmond Park is the perfect day out for anyone wanting to escape the city. It’s hard to believe that it is situated in the biggest city in Europe. And even better, it’s FREE! Venture westbound on the District Line or Overground to Richmond Station and hop on a bus to the park. For those with four wheels, there are multiple parking spots available within the park.

Straddling a high ridge between Hampstead and Highgate, Hampstead Heath has become one of London’s most beloved open spaces. Its rolling hills and meadows, copses and glades, glittering ponds and views conjure a deep sense of the rural that simply doesn’t exist elsewhere. A summer’s picnic in the long grass, kite-flying on Parliament Hill or tobogganing down it in the snow, laps of the lido, a Sunday ramble to emerge muddy-booted at a village pub – these are sacred institutions for many, many Londoners. Access to the park is completely FREE and really worth the trip. It’s even walking distance from our Camden and Kentish Town Stay Club locations!


Without a doubt, Hyde Park is one of London’s most famous green spaces. It’s where Londoners go to express themselves – to rally, protest and say their minds at Speakers’ Corner or to share the excitement of the big event, such as the Rolling Stones playing to half-a-million fans. It is also a great place to relax , jog, ride, rollerblade, practise tai chi, swim in the Serpentine, have a picnic or even jump on a pedalo. The park is open from 5:00 am until midnight all year round. It can be reached via the Central Line at Lancaster Gate or Marble Arch and the Piccadilly Line at Hyde Park Corner or Knightsbridge.

Best for Food Lovers in London on a Budget

No matter where you are, you’ve got to eat. London is not a playground for foodies, it’s the place for food lovers on a budget.


This is a street food organizer of sorts, gathering an incredible lineup of food trucks that it deploys around the city during the week. They currently have five locations: India West Quay, Gherkin, King’s Cross, Spitalfields, and Paddington. There are usually at least 6 options at each destination, offering everything from Filipino BBQ to vegan tacos, with dishes rarely costing more than £5. Perfect for a quick bite on a day out!

This permanent collection of food stalls is open every day and offers dozens of options. At nighttime, it becomes a little more of a party scene, with occasional live music and the always energetic Camden crowd. You can find any type of food or cuisine to satisfy your hunger, like a Jamaican jerk chicken box from Mama’s Jerk Station for £6 or loaded nachos, also £6. Those staying at The Stay Club Camden are blessed to be a mere 5 minute walk away!

London has a variety of top class markets for you to peruse. Brixton Market is no exception. This enclave of small retail stores and restaurants offers major bang for your buck. Franco Manca crafts some of the finest pizzas in London, and the margarita pizza on their signature sourdough base costs under £6. Oban, specializing in savory Japanese pancakes, has budget-friendly lunch deals for around £8 with a drink. The best part is that the entire area is covered and each spot has some seating, so no need to worry about standing around and eating in the notorious London rain. Despite being located south of the river, Brixton Market is pretty easy to get to thanks to the Victoria Line.

Why walk or tube when you can cable car? The Emirates Air Line offers views over the Thames from inside a gently swinging gondola Dispel any lingering motion sickness by exploring Greenwich’s variety of things to do and see with sightseeing attractions such as the Cutty Sark and local history spots like the National Maritime Museum. You could also walk part of the Thames path and see the Thames Barrier. You can board the Emirates Air Line from either the North Greenwich or Royal Victoria sides of the river.

London is also home to an array of comedy clubs for you to get your giggle on. Laugh Train Home (https://laugh-train-home-events.designmynight.com/) is known for hilarious comedy nights, a fun atmosphere and a bit of the unexpected. For over three years, they have brought you the best UK and International comedians, including Joe Lycett, Seann Walsh, Josh Widdicombe, Reginald D. Hunter, Sara Pascoe and more. Faces you know from the TV and great names you know from the circuit. The Laugh Train Home comedy night is going to have you in stitches, and for tickets from £4, you can’t go wrong. There are many other clubs, including the Top Secret Comedy Club and the 99Club, for you to check out too.

Shakespeare at the Globe

Dive into the Renaissance equivalent of a mosh pit by getting a £5 standing ticket at Shakespeare’s Globe. The Bard’s goriest, bawdiest moments were designed to whip ‘groundlings’ into a frenzy. Turn up early and you’ll be so close to the action you can lean on the stage. Its local stations are: Blackfriars on the District and Circle Lines (10 minute walk); Mansion House on the District and Circle Lines (10 minute walk); Southwark on the Jubilee Line (15 minute walk) and St Paul’s on the Central Line (15 minute walk). The theatre is only a 3 minute walk away from the Tate Modern, you may also want to take in some art after a show.

No matter your bank balance, there are lots of things to do in London on a budget. Planning on moving to the Big Smoke and need somewhere to stay? Check out our various London locations – perfect for students and young professionals alike. 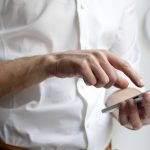 How to be Vegan on a BudgetMoney