Top 5 Theatrical Performances to Head To!

The term “West End” takes on a whole new meaning when you move to the British capital. There’s no shortage of theatrical performances to book your spot for in London, and the fact that numerous shows have been on stage for over a decade is a testament to their worth! From excellent musical performances, to breath taking sets, these are the ones that you should be on the lookout for…

Lyceum Theatre is located just off Strand, which luckily boasts great proximity to some of the coolest universities around the city: King’s College London, Queen Mary and London School of Economics all have campuses a short walk away from the theatre. The Lion King show is one of those spectacles that stays in mind long after the performance has come to an end, and one that takes your breath away from the very first second, with a dazzling array of animal creations parading in front of – and in between – viewers.

2. The Phantom of the Opera

It’s highly doubtful that you haven’t come across this one before, as it’s praised around the world for… well, everything! Viewed by over 140 million people from every continent, and moving strong on its 33rd year, Andrew Lloyd Webber’s masterful creation takes the audience on a journey underneath the Paris Opera House, to tell the story of the beautiful soprano Christine and the disfigured musical genius that demonstrates his obsession with her in this riveting story. Audiences can’t help but be mesmerised by the astounding performances, emotional lyrics and sensational sets in a show that has won over 70 major theatre awards!

Roald Dahl’s ingenious creation is as touching for children as it is for adults! Matilda the Musical stars tiny girl with a larger-than-life impact through her bizarre yet sweet story. As Matilda navigates her unusual day to day life, the audience inevitably relates to this multidimensional character, in a production that has rightfully swept over 90 international awards!

4. The Book of Mormon

Nobody expected anything less than extraordinary from the founders of South Park, and The Book of Mormon is precisely that. This humour infused musical is an utter joy of a spectacle, walking the audience through the thrilling journey of two Mormon missionaries as they interact with a remote Ugandan village. Garnering an impressive array of positive reactions from audience and critics when it opened on Broadway in March 2011, the play is now considered one of the most successful musicals of all time!

Thought-provoking, touching and politically infused, Les Misérables is a West End show based on Victor Hugo’s novel of the same name. Dubbed the longest running musical of the world, this spectacular production is one of the must-sees for Londoners and visitors alike. Reviews of this classic are nothing short of fantastic, and the running time of almost three hours is hugely justified by the sheer compilation of events that keep the audience gripped to their seats for the entire time! 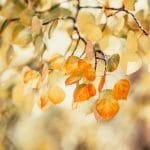 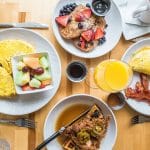 Top 5 Brunch Spots in LondonTop Things To Do