A Guide to Stay Safe in London

Starting university is an exciting time. You’ll be finding your independence for the first time as you move out from your parent’s house. If you’re studying in London, it’s only natural to wonder how safe this big city is. It’s a tourist hotspot that is crowded and fast-paced. Like anywhere, there are risks, nowhere is 100% safe. In this guide, we’ll go through how safe London is and a few tips for staying safe in the UK capital.

On the whole, London is considered a safe city. Although certain areas should be avoided, London is as safe as other popular European cities. Even for women, the risk is considered low.
As London is a tourist hotspot, the biggest risks are related to travel. Pickpocketing is the most common form of street crime in London. This is most likely to happen around popular landmarks. Scams are also a risk around tourist spots. Another risk is mugging. This is only really a risk in dangerous areas which you should be avoiding anyway.

London does have a higher crime rate than the rest of the UK, but that is generally expected of a popular capital city. When compared to other European cities, the UK capital is average for crime.

Although the crime rate in London has been increasing, it is still a relatively safe city. In fact, according to the Economists Safe Cities Index, London is the fourteenth safest city in the world.

In 2019/20 the London crime rate was 101.48 crimes per thousand people.
Over the past few years, robberies by gangs on mopeds have been increasing. These have mainly been snatch-and-grab thefts, and not highly violent.

London is a varied and big city. As such, there are some areas that have a much lower crime rate than the average for the city. Most of these areas are a little out of the central area, but with London’s great transport network it’s still easy to get around the city.
According to Movebubble, the safest areas in London are:

Most Dangerous Areas in London

Kentish Town is one of the trendiest places in London, but is it safe?

This is a very safe place to visit and stay. Unlike the busy Camden Town just south of it, you won’t find tourists in the area at all times of the day and night. There are plenty of residents in the area and around travel hotspots.

Crime is low here, and if you do feel uncomfortable alone in the evenings or at night, there are plenty of transport options both public and private to get you around.
There is a Safer Neighbourhoods Team (SNT) in Kentish Town. This is a group of Met police officers dedicated to serving this community. The team is made up of officers based in the area (or ‘ward’), supported by additional officers from the wider area.

Although Camden has many attractions and is a very popular location, it is one of the most dangerous places in London. If you are spending time in Camden the best way to avoid a potential mugging, keep your phone and money in a secure place. Don’t get your flashy new iPhone out, bringing attention to it.

With this being said, don’t let the crime rate stop you from enjoying what Camden Town has to offer! Just stay aware of your surroundings and if you notice anything suspicious, report it to the Metropolitan Police Service of Camden.

Looking for somewhere to eat while in Camden? Read our guide to the best places to eat and drink in Camden Town.

The heart of London, bursting with landmarks, attractions, and things to do. Unfortunately, Westminster has been the most dangerous part of London for the last four years, according to the Churchill Group.

Due to Westminster popularity with tourists, it is more likely to see pickpocketers and muggers in the area. With this being said, there are dangers to be wary of in every city. Keep your eyes peeled for any suspicious behaviour, walk in groups and stay in well-lit areas if you are passing in the evening.

Tips for Staying Safe in London

When it comes to staying safe in London, the best advice is to just be cautious and use your common sense. If something doesn’t feel right, walk away. Be aware of distraction tactics and stay away from empty streets and alleys. Just stick to the usual precautions you would in any large city.

Although London is generally safe, there are ways to reduce your risk. This includes:

• When travelling, plan your route before you leave
• Always be aware of your surroundings
• Avoid dark alleys and back streets
• Don’t wear headphones, these reduce your awareness
• Only use registered taxis
• Keep an eye on your belongings at all times and never leave them unattended
• Make sure valuables are secure in a zipped pocket or bag
• Don’t carry a lot of cash
• Stay in regular contact with friends and family, and let people know if you are going out and when you plan to be back
• Keep valuables and bags close to your body in crowded areas
• When drawing out money, make sure no one is looking over your shoulder

Being a student, you will likely be out and about quite late. Here are some extra tips for staying safe in London at night:

• Avoid walking alone at night
• If you’re out in the dark, keep to main roads with lots of light
• Don’t accept drinks from strangers
• Agree with your friends that you’ll let each other know when you get home safely

As it is the top reported crime according to the Met Police, they have put together some useful pieces of advice designed to help you protect yourself online and on social media:

• Restrict your social media posts to your friends and not public
• Check privacy settings on social networking sites and limit the amount of information you supply
• Google yourself frequently to check your digital footprint
• Don’t use the same password for everything
• Be aware of geolocation and tagging on social networking sites and ensure that it’s disabled on your smartphone
• Keep your antivirus software up to date
• Report stalking to website administrators
• If you believe that your smartphone or computer has been hacked or compromised, stop using it immediately and take it to your mobile phone provider or computer repair experts for advice.

• Don’t answer the phone with your address or phone number
• If the caller is not known to you, avoid answering questions about yourself, no matter how genuine they sound
• If you have an answering machine, it’s advisable not to include your name or number in the outgoing message
• The message should never tell people that you are out or away; try to give the impression that you are only temporarily unable to answer: eg ‘Sorry, I can’t get to the phone right now, so please leave your name and number and I’ll get right back to you.’
• If you’re listed in any directories, you might want to give your initials and surname rather than your full name
• Never show anger or fear over the phone: just remain calm, confident and if necessary, assertive.

What can you do if you’ve been a victim of harassment? You can report the crimes of stalking, harassment or indecent exposure to the police online or call 101.

Although London is generally a safe city, it is not crime-free. Make sure you know who to call if anything does happen:

• Use 999 for an emergency. This number is for the police, fire department, or for an ambulance. However, only use this number if it really is an emergency
• For non-urgent crime call 101. This will put you in touch with your local police station

Overall, London is a safe city to live in. As long as you use the usual precautions you would in any big city, your chances of being a victim of crime are generally low. 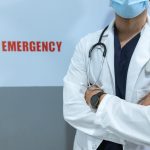 The Ultimate Guide to the Best Universities in London for NursingGuides, Tips 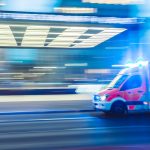 Is it Better to Call 999 or 111? Emergency Numbers GuideGuides